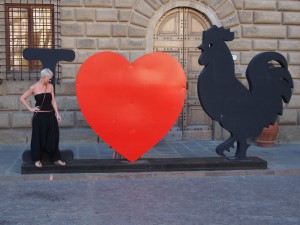 Not too long ago, the hemp-covered Chianti bottle, weirdly enough called “fiasco”, was the definition of Tuscan wine for me. Luckily, I now know better.

The most famous wine areas in Tuscany are Chianti, Montalcino and Montepulciano, and also San Gimignano for white. The most commonly used grape is Sangiovese, but there are other grapes grown here as well. For 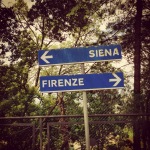 example, there are several “Super Tuscans” with Merlot, Syrah and Cabernet Sauvignon. There is also the Vernaccia grape, which is the basis of the white wine Vernaccia di San Gimignano. In addition, Tuscany is known for its amazing desert wine, Vin Santo, which is made of a variety of the regions grapes. 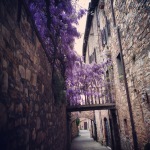 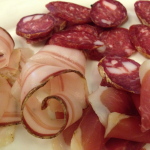 In the 1970s, a new type of wine called the “Super Tuscans” emerged 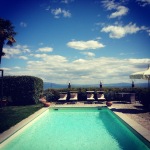 when the producers wanted to explore and experience with other types of grapes beyond the Classico rules. Many of these “Super Tuscans” are very good and have great storage potential, but are often more powerful than the traditional bottles, especially with less use of Sangiovese.

From Tuscany, I prefer the fruity Chianti Classico and Riserva bottles from Radda, Gaiole, Greve, Panzano and Castellina. These are my everyday favorites. They drink well on their own, with a tasty salume, tomato-based pasta and also meat. 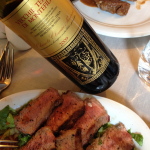 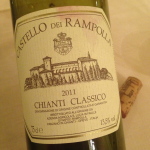 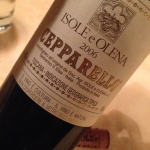 Cacciano Chianti Classico, 2004. A botle I will never forget