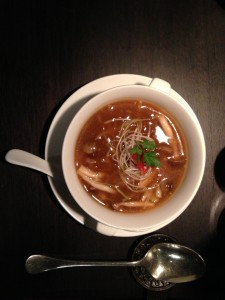 When arriving in London we were picked up by a car sent for us from the hotel. The chauffeurs of these cars are not only in charge of the driving, it is also a part of their job to know what is hot and what is not in their town. We had already decided where to eat our two lunches and three dinners, but we still asked him. He said the two best Asian restaurants were Hakkasan and Nobu. Luckily we had already booked our first dinner at the Hakkasan, and we changed our last lunch to Nobu. I love Asian fusion.

There are two divisions of Hakkasan in London. The original is in Hanway Place, which is close to Soho, and there is the one in Mayfair. We went to the latter. 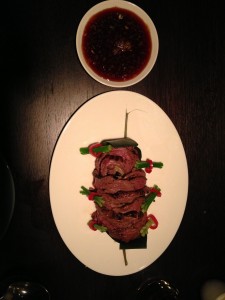 The design is very cool and typical modern Asian minimalistic. I would have preferred to sit on the main floor, but the place was packed, so we got a table in the basement. The atmosphere was young and just loud enough. The guests were everything between twenty and fifty. This was a good place to be.

The menu was mouthwatering. But here comes the downside. I don´t know if it was because we were there while they had a “holiday” tasting menu, but we were not allowed to order it, because they only served them to a minimal of three people per table. Of course we told them how stupid we though that was. Not just because we wanted to try everything on the menu, and it was at great value, but also, how often does three people go out to eat a late night dinner? Isn´t it usually one, two or three couples?

Anyway. We managed to express our frustration and decide on what to eat. And what a meal! 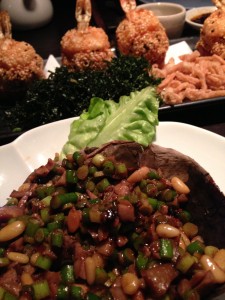 EVERYTHING tasted awesome. The wagyu beef soup with shimeji mushroom was spicy and crisp. The beef soft as butter. The crispy duck salad with pomelo and pine nut was a bit overcooked for me, but my dinner date loved it. The dressing was wonderful. The Stir-fry wild mushroom and water chestnut lettuce wrap was the softest and freshest wrap I have ever tasted, and the fried sesame prawn toast with foie gras was yummy! But the best of them all was the king of meat, the Wagyu beef with spicy Szechuan sauce. Very lightly fried in a pan, of course. I get hungry just writing about it.

The wine list here wasn´t impressive. But as always, I prefer beer and sake to my Japanese food, so I didn´t mind too much. The service was ok. It is a busy place, so you won’t get a five star service here, but the atmosphere and design compensated for that. I will definitely go back to Hakkasan next time I am in London! 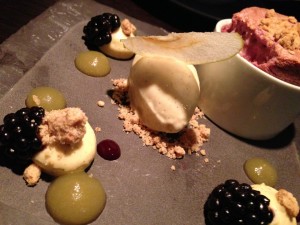 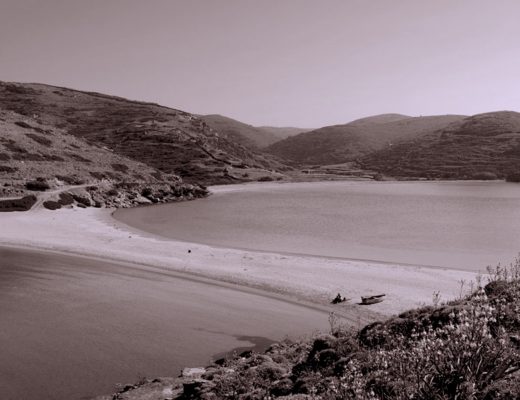 K4 Kythnos is the unspoiled Cyklades 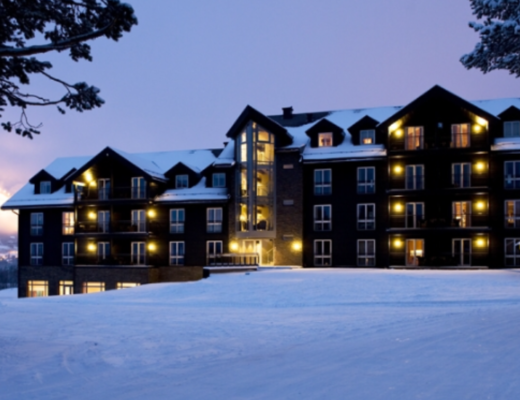